Africa In Angst
Javeria writes about her account as a reporter during the war in Somalia. Her work is read by millions worldwide today.
I would like personally like to share my overwhelming experience with my readers, as this specific topic needs a lot of awareness and their tough lives, the survivors in Africa, and their stories must, must, must be heard out.
This is a very sensitive yet potent topic, beware, and read on your own risk, nevertheless, I encourage all of you to read this as this is an imperative issue that cannot afford a single eye to be turned on and left with as that.
Put yourself in the shoes of a survivor of a blazen warzone. Your family slowly decreasing in number, leaving the world with terror and agony as a last thought. Each passing more painful than the next. Food becoming scarce, portions decreasing on the daily, the feeling of weakness and pain terrorizing your body to the extent it’s paralyzed in pain. One thought on your mind, ‘will it ever get better?’ ‘when will the pain end?’
How would you feel?
Trapped. Helpless.
The same thoughts clouded my head when my eyes laid upon the blood stained streets of Africa, shrieks of agony and pleads of prevention of pain echoing through the place, bouncing off from one ear to another, each cry becoming more desperate than the next.
I saw at least a thousand terrorized faces, with innocence and betrayal painted on them. The place I was currently visiting then was a village too small to accommodate the thousands of injured laying about. Since the villages where situated in the outskirts of the city in Gufgaduud, aid agencies and medical help was yet to arrive, leaving myself to arrive at the aftermath of a warzone territory.
With a heavy heart, I tramped from one cramped, dismantled hut to another. Brace yourself for what I’m about to tell you, because I still think about this at night, and I can assure that so will you.
There was Amina Abddirahman, a mother, who left in the morning in hope to return to her two hungry and sick daughters, Habiba & Ayaan, only to come back to treat one, shaking child. Her passing was a silent one, but she left the world in hunger, and terror, and most of all, unsurity.
And yet, how are we living, knowing this? That we take everything for granted?
It’s the unthinkable. It’s cruelty.
The other neighbouring hut of the suffering, and now grieving women contained an elderly woman, an innocent elderly woman who had grazed the bullet of a warrior, and due to her weak physique, her leg’s bone fragmented to miniatures and crushed her bone in half, the flesh decayed at the bloody wound. Her eyes, had lost hope- were clouded in sorrow and were tinted a squimish yellow. Her eyes coloured the same tinted as her decaying flesh, which was left to rott, a yellow/ green liquid seeping out from the wound. My heart ached for her, and everyone else who suffered in silence & despair.
They all do not have a voice to channel out their suffering, their pain, their agony. To what extent will these conditions worsen for the world to wake up? We must think about this seriously.
This is not justice. It’s injustice.You can make a change, together, we all can.
Making my way through the battlefield, and glancing at the limp, hopeless survivors of the war, their faces with a hint of hope seeing a new, friendly, face. I felt a wave of pity surge through my body. These innocent citizens of all ages, babies to very adults were deprived of their basic, key neccisities in life. A home. A peaceful life. Food in their bellies. Healthcare. Clean water.\
Yet,we take these resources for granted. We, as a whole, have so many reasons to live for in life, and these poor people in vain and sorrow do not have one,instead, they cherish the little things in life, like the sunrise, or sunset, as they are oblivious and clueless to whether it’d be the last they witness.
The thought of these innocent lives not only made my heart ache in sorrow, pity and sadness, but utter disgust. Revulsion. Disgust for the rotting bodies I had encountered. Disgust mixed with sorrow. It was s horrifying sight, that made me blink  twice, and scrunch my nose, and I’m sure you would too- but sorrow for how unexpected their future is, especially lacking of motivation.
Carrying all of those thoughts, the sight of the warzone slowly started to desensitize to my eyes, as my eyes scanned here and there, not expecting to see anything better, but worse.
Oh, how I was wrong.
It was a brief exchange of glances, but those two seconds highlighted my entire journey there.
A shy smile had caught my eye- not a fake, plastered, smile, not of joy, not of hope, or greeting.
But the simple, yet genuine curve of lips gave me comfort, and my mind pondered on to what possible reason was to that smile.
And it brings me here to the conclusion that, that smile that struck me made me realize that despite everything that was collapsing around that man, he managed to muster a smile to see the brighter side of life, as every situation has a positive side to it. I was oblivious to that reason, but he was not.
The one regret I hold against myself is that I did not trail after that nameless person, and ask for his name.
Yet, the exchange of eye contact left me in a trance .
Take every blessing you have as a privilege and not for granted, my fellow readers.
I’ll leave you to think about that.
Standard

How? Why? That’s what I thought to myself as I crossed the once shanty towns that had now burned to the ground. War I knew, was something not to take something lightly. But what I saw was something I could never prepare myself for. Horrors of such sorts that I thought never existed. Sights that have forever etched itself in my mind. But moving on, I will now tell you what I saw and how it changed my overall attitude towards life itself.

When I entered what was once the country’s capital all I saw were hundreds of lean, hungry, terrified faces all betrayed by their country and government. There was no life to be found. Yet if there was, it would be wound festering bodies, laying their helplessly, struggling with every breath they took. To weak to find food, to weak to find help. Despite how sick it sounds, the need for shocking material is like a another hit of morphine, each more nerve racking and brain shattering than before.

Conversely, there was a small village in the middle of nowhere, a place we had yet to reach. After a tedious 2 hour journey our group of journalists reached. The roads surrounding the area were unpaved dirt roads, untouched by mankind, preserved by nature. The first thing I saw there were a group of small girls huddled together. Their bodies were as thin as a stick, their skin as sunken in as a raisin. Death was around the corner for them. You could see it in their yellow eyes, you could detect it in the putrid air that surrounded them. But there was nothing that could be done, nothing you could do. These young girls, so fragile, had been robbed of all the happiness in the world only to pass away with a small whimper.

My reaction and attitude to everything that day was a mixture of fear, disgust and sorrow. I mean, without a doubt who wouldn’t be sickened by such terrors. Right? The revulsion to see nature taking it heed to themselves to decide the fate of others. Having to see living bodies slowly fading away is painful to watch. How could someone be so cruel? Who could treat another person in such a manner? That’s what I constantly thought to myself; and to see no international organization or source of foreign aid made me angry. You would be too.

Furthermore, to see humanity being lowered to such standards is appalling. To see that; along with the old woman I met, who had been unfortunately shot in the leg. It shook me to my core. It really illustrated how horrific war is. We can all go back to the comfort of our homes, whilst their suffering never ends. I felt pity, sympathy for them. From hearing the death of two young teens, Habiba and Ayesha, to the young man shot dead right dead in front of my eyes, those emotions never left my side. What was it that caused these feelings? That is something I might never answer.

As a result, this brings me to my final point. What did I learn? Well as one wise man said,” Life has so many great opportunities for everyone to experience and to learn in the best of ways.” Indeed, it reflected how if anything manifests itself in its purest form, whether it be war or peace, can change our perspective to life. Moreover, being there helped me to understand not everyone is born with a silver spoon in their mouth, not everyone gets the same opportunities I got. Finally, war taught me that actions has consequences; and as one person said, “Every action has a reaction.”

It connoted to me how careless actions of certain people can ruin the lives of others around them. So, what I observed there convinced me that I would share my story with all the purpose and power I had. War was a seminal, climatic moment for me as a journalist. To make the known unknown. To make sure that you guys, my dear audience, know what’s happening. So, I end my story on a high note and I hope you have been inspired by what has been said. 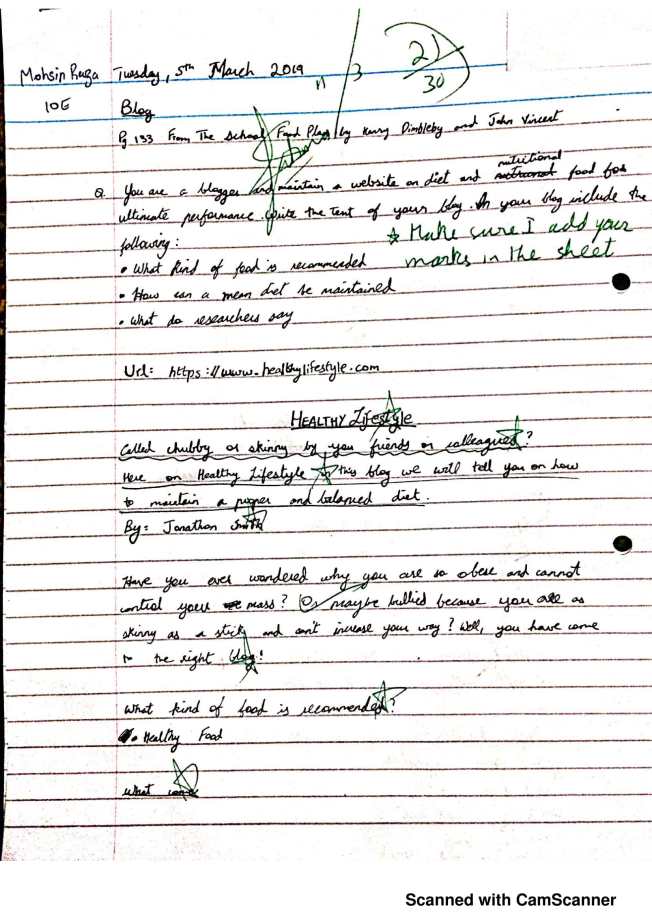